Down the Volga river - Nordictravelrussia

Down the Volga river

Why down the Volga River?

Taking a cruise down the Volga river, the longest river in Europe, you definitely choose one of the most calm and relaxing ways to explore and enjoy Russia. Being the main water artery and the biggest waterway in the European part of Russia, it harbors many historical places including the two Russian capitals, Moscow and St. Petersburg, as well as small medieval towns and cities, like Yaroslavl, Kostroma, Ples, Uglich and many others.

One of the most visited cities on Volga river is Volgograd. Volgograd, called Stalingrad from 1925 to 1961, rose like a phoenix from the ashes after World War II and is now one of the most pleasant cities in European Russia. The entire monument-ensemble at Mamayev Kurgan is maintained with loving care. Volgograd is proud of its role in history and honors those who sacrificed their lives to defeat Fascism.

Expect tranquil waters, sublime landscapes and fascinating wildlife. A cruise along the heart of Russia’s waterways will reveal the world’s largest country like you’ve never seen it before.

There are four cities with more than one million residents on the Volga: Nizhny Novgorod, Kazan, Samara and Volgograd. In all, there are more than 300 populated places on the Volga, where representatives of 20 nationalities reside, from Finno-Ugric peoples to southern nomads.

The most popular routes down the Volga River

There are so many routes we can offer for your cruise ship journey down the Volga river! Here’s the list of the most popular.

What you will see while travelling down the Volga river

During your Volga river cruise you will see the Kremlins of Nizhny Novgorod, Uglich and Kazan. In Yaroslavl, the capital of the Golden ring, you will admire the Spaso-Preobrazhensky Monastery known to everyone in Russia who is interested in the history of Old Russian literature. It was in the territory of the monastery that the manuscript of “The Tale of Igor’s Campaign”, one of the most famous monuments of literature of the late 12th century, was found. The Church of Elijah the Prophet in Yaroslavl is a symbol of the city and is often printed on postcards and other souvenirs of Yaroslavl. It rises on the main square of the city and is considered a masterpiece of Yaroslavl architecture and painting.

Kostroma is one of the largest cities of the Golden Ring of Russia located on the Volga river. It is known as the cradle of the Romanovs family. During the tour to the Holy Trinity Ipatievsky Monastery in Kostroma you will know the story how the first of the Romonov dynasty, Mikhail became a Russian Tzar in 1613. The Museum of wooden architecture the “Kostroma Sloboda” was created to preserve the best samples of folk architecture of the XVIII-XIX centuries near the Holy Trinity Ipatievsky Monastery and now one can walk through the village, look into the peasant huts and a rural church decorated with a carved iconostasis.

Kazan will impress you with the Kul Sharif Moscue located inside of its Kremlin and a tour to the island of Sviyazhsk. The island of Sviyazhsk is located where  three rivers cross, it’s a very picturesque place with a big history. The history of Sviyazhsk began in 1551, when Ivan the Terrible decided to build a wooden fortress on the island. After four weeks only Sviyazhsk became a support base for the Russian troops in the war against the Kazan Khanate. During the tour you will know a lot about the history of this place, see Assumption Cathedral and the Monastery of  John the Baptist where the Trinity church is located, the only remaining wooden building of Sviyazhsk.

In the small towns of Myshkin and Ples you will admire local architecture and sublime landscapes as well as the wonderful panoramas on Volga.

Apart from enjoying the cultural and historical landmarks you will see some interesting engineering objects like the hydroelectric plant in Uglich or a gateway system in Rybinsk or at the Volga-Don Canal, near Volgograd.

In Volgograd you will visit the Mamaev Hill, where a historical memorial complex “To Heroes of Stalingrad Battle on the Mamaev Hill” is located. This heroic hill is crowned by the monumental Motherland Statue well-known all over the world. The statue’s total height is 85 meters. Is weight is 8 000 tons, the only 33-meter sword weights 14 tons.

Cruises are carried out on modern and comfortable ships designed as a “floating hotel” and combines advanced cruising technology with 5* hotel luxury to create a river cruising experience like nothing else. Ship facilities include different restaurants, bars, round-the-clock reception, open sun deck, kids club, wi-fi. The ships are equipped with cabins of various classes.

Please contact us (ссылка на контакты) and we will find an interesting Volga river cruise for you including all transfers and guiding services.

Highlights of Moscow
Treasures of the Tsars
Back to USSR

Tour price depends on preferred dates, accommodation, number of people, meals/transfers included or not. Please tell us about your preferences and will be happy to calculate a tour price for you

Other tours & itineraries
View all tours →

Moscow, being the capital of Russia is one of the main world’s touristic destinations

Treasures
of the Tsars,
St Petersburg

St Petersburg has been the capital city of the Russian Empire for more than 200 years. 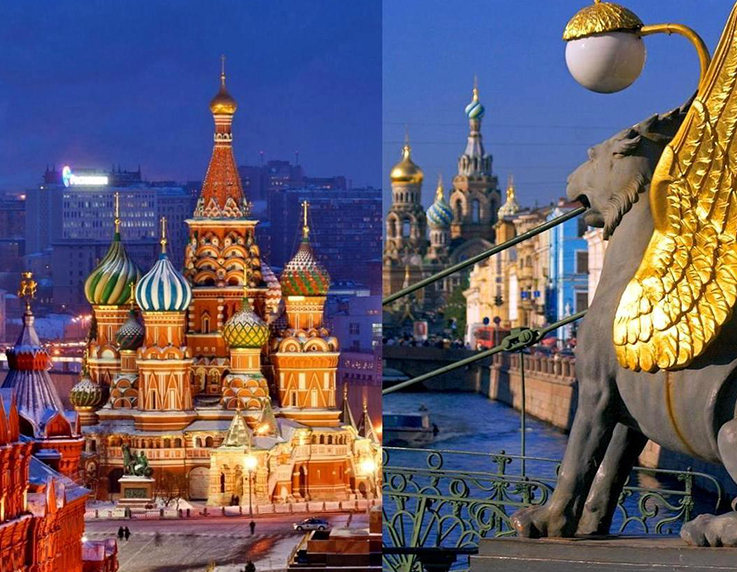 We invite you to feel what is Russia with this comprehensive tour of excellent quality.

Back to the USSR

I'm Back in the USSR... You don't know how lucky you are, boy 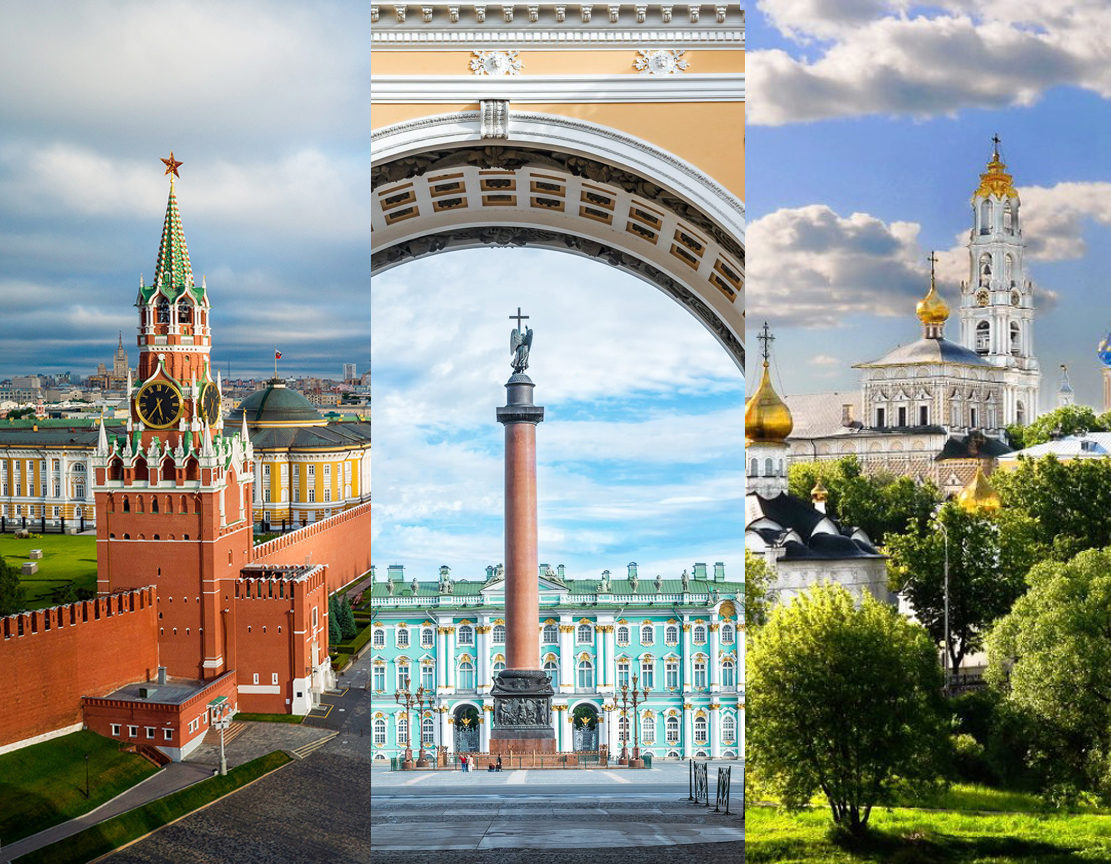 The spirit of two Russian capitals and soul of small towns! 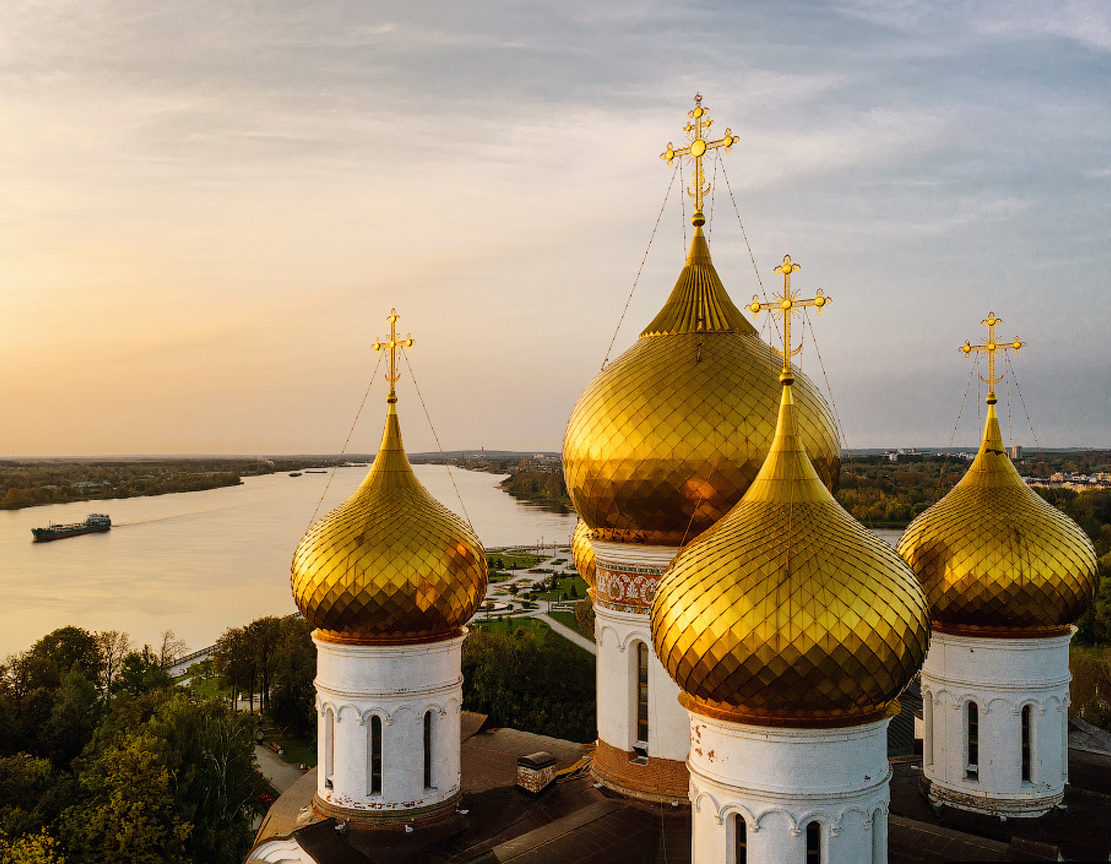 Soul of Russia, Moscow and the Golden Ring

We recommend this tour especially for the lovers of history

Find a miracle of Russia called by locals the Siberian Sea, the world's largest Lake Baikal. 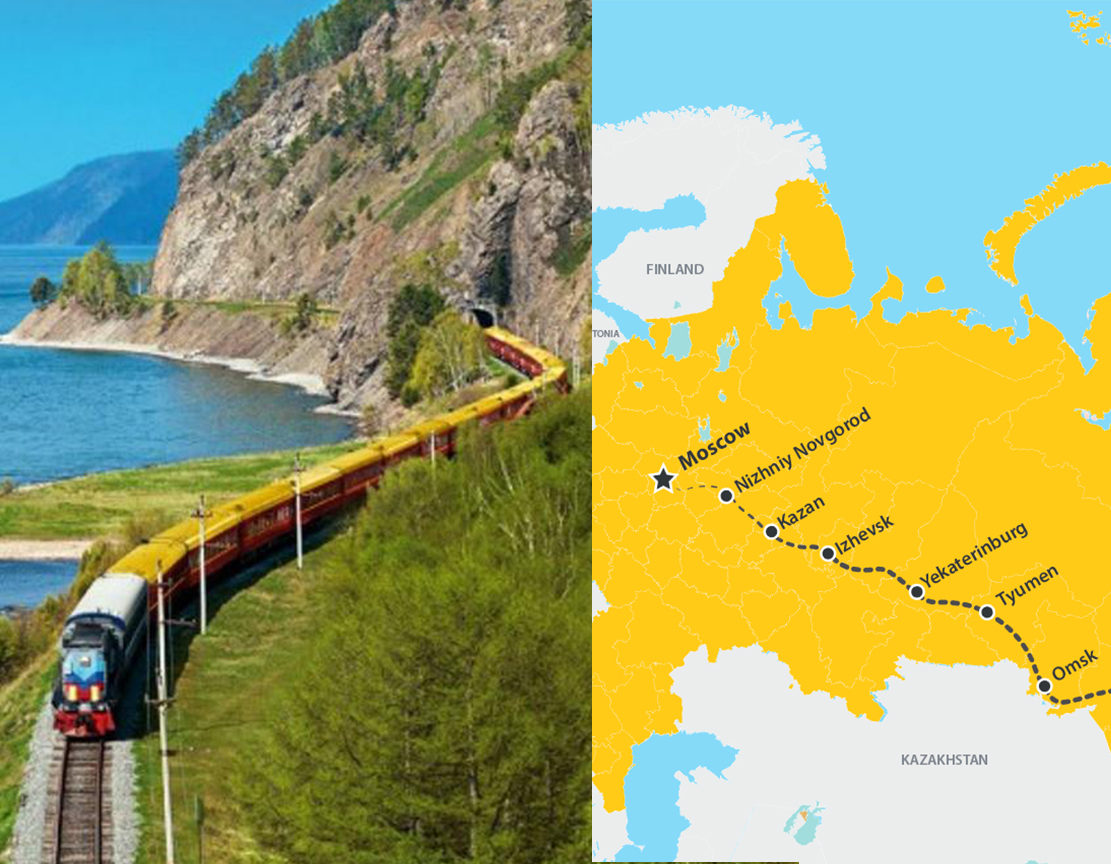 Russia through your train window